Adachi proposed a procedure (Phys. Rev. B 41, 3504, 1990) to avoid divergences in optical-constant models by slightly shifting photon energies to complex numbers on the real part of the complex dielectric function, ε1. The imaginary part, ε2, was ignored in that shift and, despite this, the shifted function would also provide ε2 (in addition to ε1) in the limit of real energies. The procedure has been successful to model many materials and material groups, even though it has not been demonstrated.

This research presents a demonstration of the Adachi procedure. The demonstration is based on that ε2 is a piecewise function (i.e., it has more than one functionality), which results in a branch cut in the dielectric function at the real photon energies where ε2 is not null. The Adachi procedure is seen to be equivalent to a recent procedure developed by our team to turn optical models into analytic by integrating the dielectric function with a Lorentzian function (Rodríguez-de Marcos, Opt. Exp. 24, 28561, 2016; Larruquert, Thin Solid Films 664, 52, 2018). Such equivalence is exemplified on models used by Adachi and on popular piecewise optical models: Tauc-Lorentz (TL) and Cody-Lorentz-Urbach models. 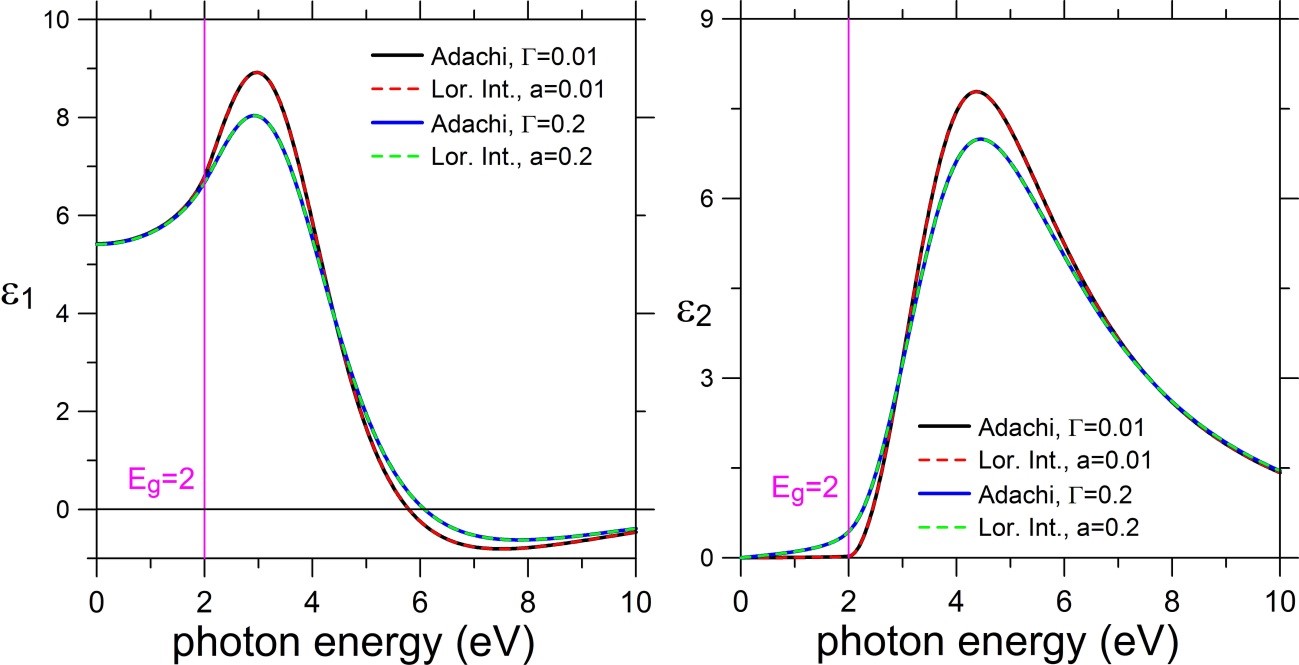 The figure shows the equivalence of Adachi procedure and the Lorentzian integration procedure to smoothen TL optical model to avoid that TL model is not analytic at the bandgap energy Eg. The two procedures are equivalent when Γ=a.